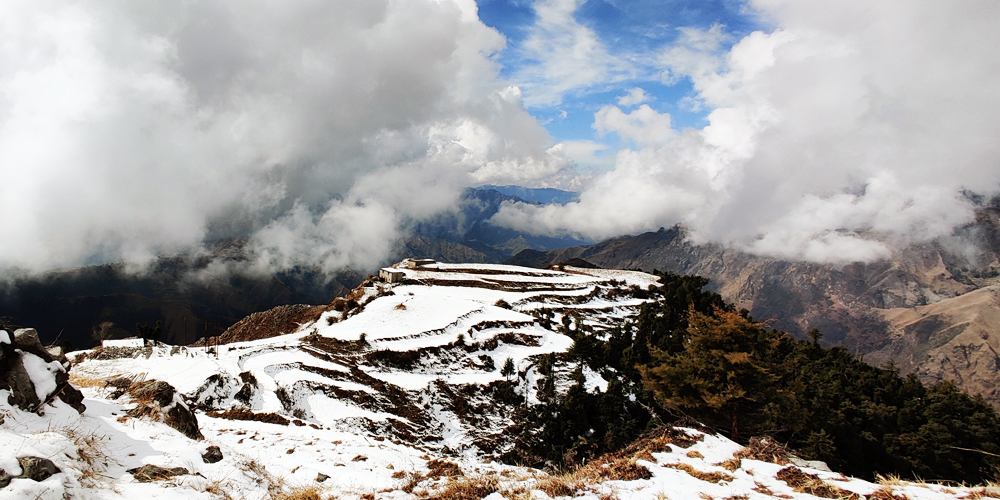 Nestled amidst lush conifers, flaming red rhododendrons, towering oaks and the mighty snowy Himalayan ranges, Chakrata is one of Uttarakhand's veritable treasures. Situated about 88 km from Dehradun and perched at a height of about 7,000 m above sea level, Chakrata served as the summer retreat for high ranking officials of the East India Company during the British Raj.

Chakrata, with its laid-back yet pleasant ambiance, offers a sweeping view of the Yamuna Valley below. There are a few quaint tree-lined paths that visitors can explore. For those looking for snowy adventure, the Kharamba Peak awaits. At around 10,000 m above sea level, it is one of the highest of its kind in the area. Visitors can also partake in skiing in Chakrata's northern slopes.

This hilly town is a haven for nature lovers, wildlife photographers and ornithologists alike, as its forests boast diverse fauna ranging from wild fowls, spotted deer and panthers. Chakrata is also home to several species of medicinal plants. Bird watchers can head to the Deoban area (about 13 km from Chakrata). Lying at an elevation of approximately 9,400 m, the Deoban area boasts thick deodar cover and uninterrupted views of the Himalayan ranges. Another popular tourist attraction of Chakrata is Tiger Falls. Located about five km from the town, this waterfall drops from a height of over 300 m into a rocky pool.

Owing to its high-security location, only Indian nationals can gain access to Chakrata. Foreign tourists are allowed upto Kalsi and have to obtain a permit from the Commandant 22 Force c/o 56 APO.

The best time to visit Chakrata is between April and June, and from September to November. In the rainy season, the routes tend to become slippery and are prone to landslides. During winter, temperature can dip as low as negative 5 degree C. 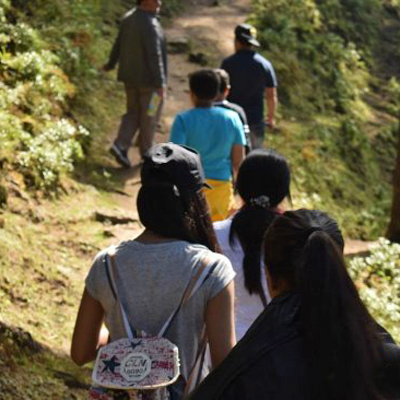 Those seeking some adrenaline rush can travel to Deoban (about 16 km from Chakrata) for trekking. One of the ideal spots for trekking in the area, Deoban mesmerises with its spectacular vistas that are dominated by towering deodar trees. Trekkers are also treated to breathtaking views of the surrounding mountains. 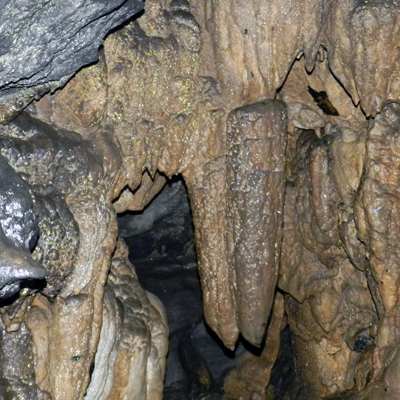 Explore the stalactite and stalagmite formations of the Buder caves that are located about 40 km from Chakrata. 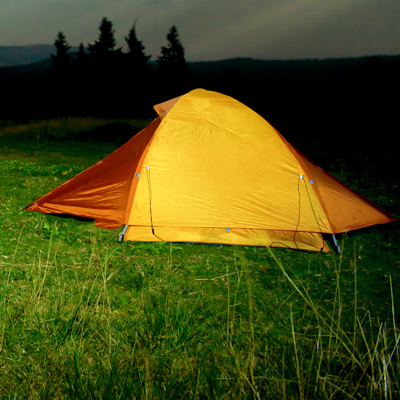 Spending a night under the stars in tents is one of the most exhilarating experiences to be had in Chakrata. You can either carry your tents or hire one from one of the few camps here.

The nearest airport is Jolly Grant Airport in Dehradun (about 117 km away). One can avail a taxi or book a private car service from the airport which is connected to Chakrata via motorable roads.

The nearest railhead is in Dehradun, which is connected with several major cities across the country. Visitors can avail a taxi from the station for Chakrata or can, alternatively opt for a bus or hired cab.

The hill station is well-connected by motorable roads to several major cities of the state. One of the best ways to reach Chakrata by road is by availing a taxi or local bus from Dehradun (approximately 88 km away). 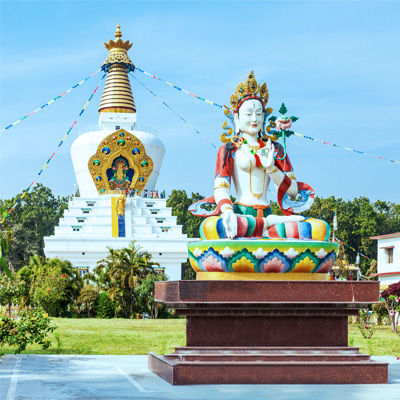